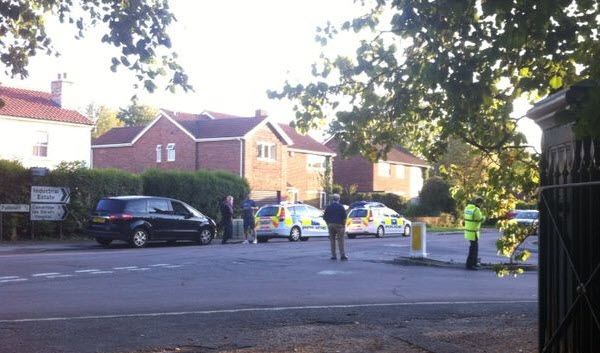 “There was another accident at the junction of Cow Lane and Teversham Road on 26/4/15.  This is the second in about three months that I have seen” –  Local resident reports 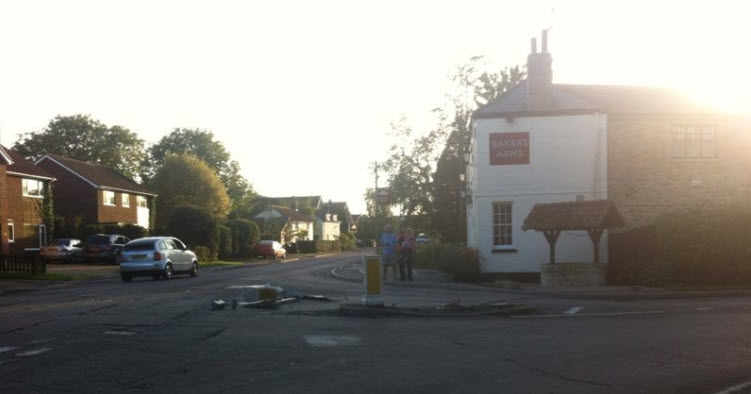 Just further evidence that we already have too much traffic at this junction.  We don’t want a roundabout here, but likewise we do disagree with the Castlefields points about the level of traffic being acceptable – even when there would be more car journeys from the  Teversham Road, single access point to the development.

At peak times we all know that this junction exiting from Fulbourn, and the other two (Teversham Rd / Airport Way and the Hinton Road/ Cambridge Road) are nightmares to get out from.  Let’s hope that there are no serious accidents in the near future whether the application gets approved or not !

The Council has (on 28 April 2015) confirmed an error in the displayed public notices which publicised the planning application by Castlefield International.

They have written saying:

“Yes, you have written many times regarding this application including raising the issue of the description of the development (access). The application description has been amended (today) by the applicant and further site notices will be displayed shortly with the revised description”

The Save Fulbourn’s Fields campaign had advised the Council that they may be vulnerable to legal action because the village notices are factually inaccurate. The notices had repeated Castlefield’s statement in their application that they were applying for only one access to the proposed development of 110 dwellings. In fact, the application proposes three accesses, Teversham Road, Cox’s Drove and over Poor Well, and the Council have details of all three.

A follow up on 29 April by Cllr John Williams in discussion with the District Council Solicitor found that he (the Solicitor) agreed that the public consultation has to be rerun. He suggested 14 days and will speak to the case officer.

So we are expecting a further delay to the planning committee hearing and that all those who have already commented should receive notification that a new period of consultation has started to which they can make further comments. The deadline for this consultation rerun has been confirmed as 19 May 2015.

Yet again, the planning committee has delayed hearing this Application, the earliest that it will now be heard is on 13th May 2015. Please see council website for their latest Agenda that will be published a week before that – on 6th May Refer to our other meeting post of what may be happening on the day.

Just a reminder to all those (including Castelfields who had stated that “the site has never been incorporated within the Green Belt”) that these fields were indeed in the green belt until 1992.

SFF have the documents from the aborted 1987 application, which makes this clear, and Castlefields should have known this.

So the proposed designation as LGS is merely restoring (to some extent) the  protection which the site had rightly enjoyed for decades. The Council’s confirmation of this LGS proposal, as recently as March 2015, is very helpful: it would be utterly perverse for them to do that, and then one month later allow 110 houses to be built.

These fields bring the countryside into the conservation area of Fulbourn. Without them, the valuable environment of Poor Well would be ruined, and the whole outlook spoilt for ever.